Launch of the EBR Charter in the Canal Court Hotel Newry on 23rd June 2021.

On Wednesday 23rd June 202 the official launch of the East Border Region Charter took place in the..

Launch of the EBR Charter in the Canal Court Hotel Newry on 23rd June 2021.

On Wednesday 23rd June 202 the official launch of the East Border Region Charter took place in the Canal Court Hotel, Newry.  This was a very successful hybrid event with 50 people attending in person, and 150 joining online.

In 2021 EBR celebrates 45 years of cross border Local Authority led cooperation and is one of the longest established cross border local authority led groups in Europe.  EBR is currently involved in the implementation of INTERREG VA Projects to the value of €104 million.

Speaking at the event the Chairman of EBR Cllr Kyle Savage stated: “The EBR Charter is elected member led and represents a renewed mandate for EBR to be a principal mechanism for continued cross border cooperation between the six member Local Authorities. The Local Authority Declaration of Commitment outlined in the Charter states:

‘We the member authorities of the East Border Region hereby declare our joint commitment to continue to work together to address the issues arising from the Ireland/N Ireland border in order to protect and improve the prosperity of the citizens of the Region and the public and private services that they can access.’

Cllr Savage also acknowledged the funding from the Reconciliation Fund which enabled the development of the Charter. 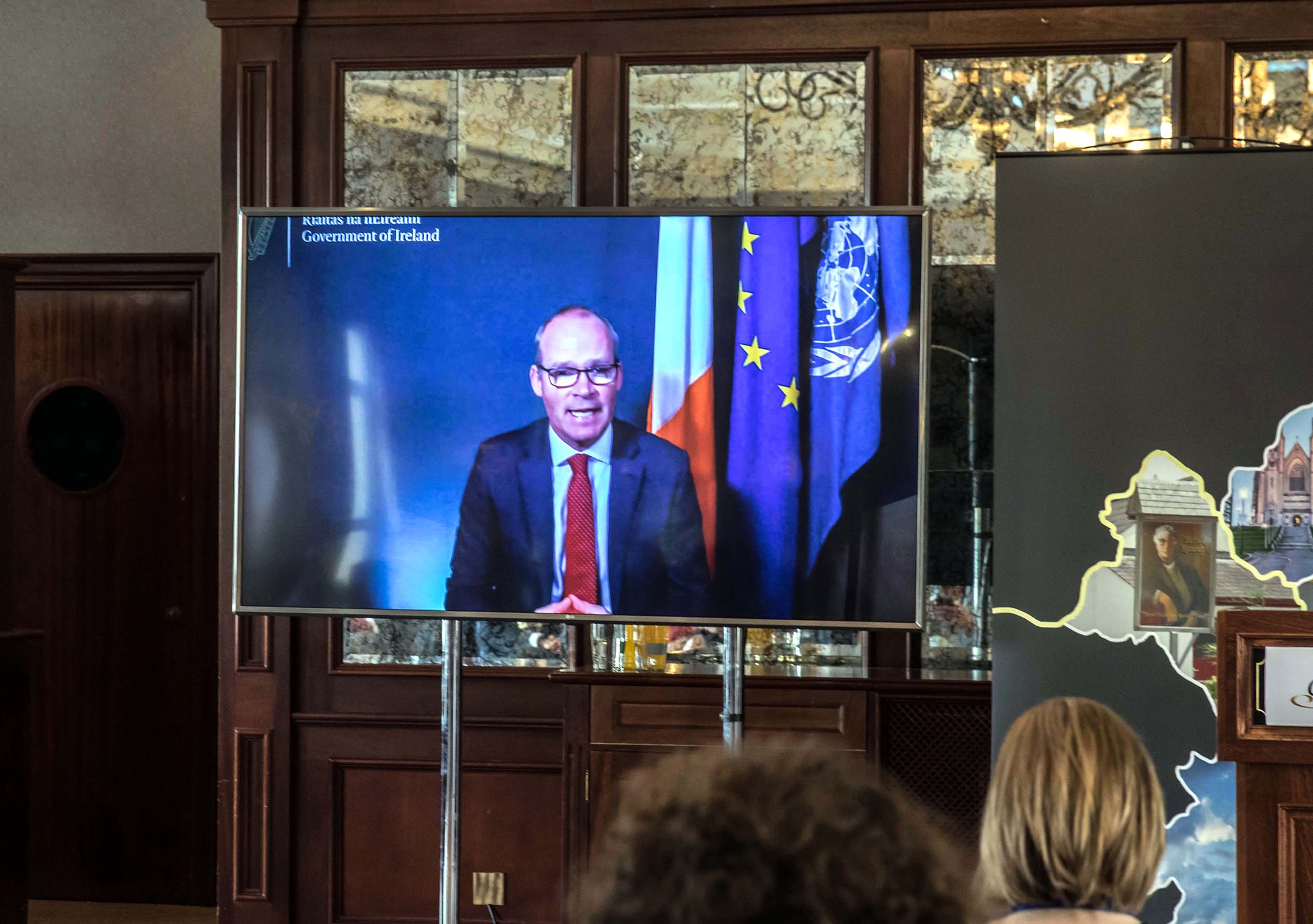 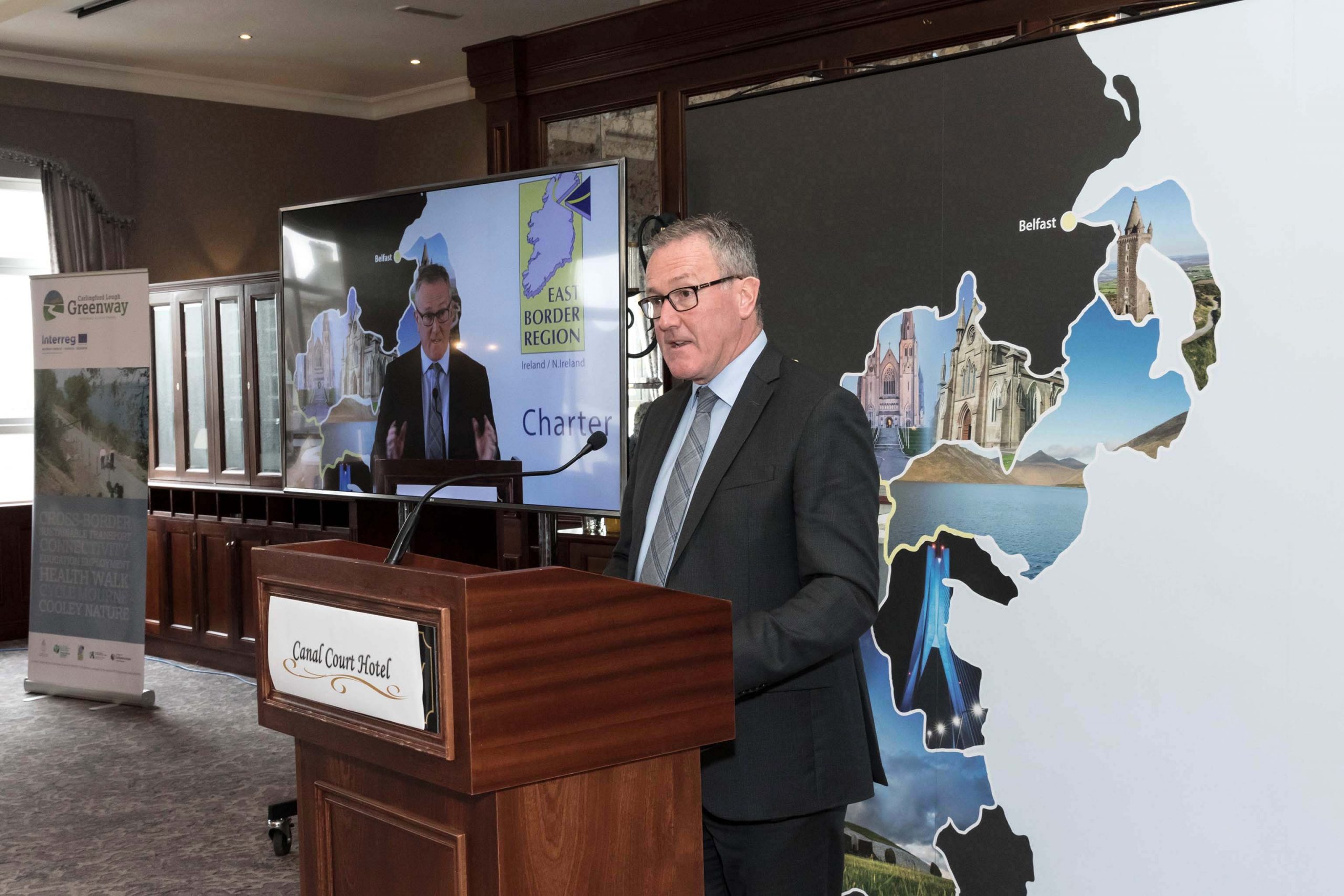 In his keynote address Minister Coveney stated “I am very pleased that the Reconciliation Fund has provided support for the development of the EBR Charter, EBR has a long and proud history of practical cross border co-operation for the benefit of the citizens of the region, and has done invaluable work in terms of capacity building between elected members, council officials and key stakeholders. EBR is a first-class example of cross border regional co-operation and it needs to be supported and enhanced”

In her address Pamela Arthurs, Chief Executive, outlined the proposed implementation of the EBR Charter along thematic lines and pointed to the forthcoming €1 billion PEACE PLUS Programme as an exciting opportunity to implement practical cross border co-operation projects.  The key themes include: